Our wines in the press

HERE YOU CAN FIND ALL THE LAST RATES, AWARDS AND REVIEWS FROM THE INTERNATIONAL PRESS

Clos Berenguer Vinyales Sorts The 2011 Vinya Les Sorts is extremely aromatic, with a clean nose of strawberry jam spiced up with cloves, nutmeg and sweet cinnamon. The palate shows fine-grained tannins that reminded me of Cabernet Sauvignon, and to my surprise the wine turns out to be a pure varietal Cabernet where half of the vines are planted on schist soils and the other half on chalk. I’d never have guessed, given the fragrant, ripe nose and the total absence of herbaceous and minty notes. An unusual Cabernet, for sure. Drink now-2018. Clos Berenguer is a 40,000-bottle family winery in the village of El Molar, created in the year 2000. Luis Gutierrez (February, 2014)

Clos Berenguer Seleccio Syrah The 2008 Seleccio Syrah (100%) was aged in French oak for 15 months. Purple/black in color, it sports an inviting nose of smoke, sandalwood, game, lavender, and blueberry. Plush on the palate with layered, succulent fruit, plenty of volume, and impeccable balance, this lengthy, powerful Priorat will evolve for 3-4 years and provide pleasure through 2023 if not longer.

Clos Berenguer Vinyales Sorts The Bodega flagship, the 2008 Vinyales Sorts is 100% Cabernet Sauvignon from the Les Sorts Vineyard. If there is another 100% Cabernet in Priorat, particularly at this level, it’s news to me. Cabernet, after 20-25 years of experience, is not highly regarded in the DO but it works here. The wine spent 16 months in new oak. Purple black in color, inviting aromas of toasty oak, spice box, olives, black currant, and blackberry inform the nose of this loaded, powerful, structured offering. This unique effort will evolve for 4-5 years and drink well through 2028. It stands alone in Priorat.

Bodegas Lopez Cristobal Bagus The 2010 Bagus is pure Tempranillo, from the Pago de Manvirgo vineyard, (an 85-year-old plot of vines on chalk-rich soils) which aged in barrel for 14 months. It feels quite creamy and oaky, with notes of espresso coffee, toffee and dark chocolate dominating the ripe fruit. The palate is full, with roasted, charred and lactic flavors. A little too obvious for me, and more about the barrel than anything else, but still very good. Only 3,000 bottles were produced. Drink now-2018. Lopez Cristobal was created in 1994 and has always produced approachable, easy-to-drink and soft examples of good Ribera del Duero.

Bodegas Lopez Cristobal Lopez de Cristobal Seleccion The 2010 Seleccion is a single-vineyard wine sourced from the Pago de Duron, which was planted 40 years ago on chalk and clay soils. It feels a little more austere than the Bagus, with clean, delineated aromas. It is quite complex, balancing fruit, oak and mineral sensations and a palate that feels serious, concentrated but balanced, with good freshness and a pungent, long finish. Well done! Drink now-2020. Lopez Cristobal was created in 1994 and has always produced approachable, easy-to-drink and soft examples of good Ribera del Duero.

Bodegas Lopez Cristobal Reserva The 2009 Reserva also contains 5% Merlot and has had the benefit of more time in bottle, from which it is starting to develop some complexity. It has a commercial profile with aromas of ripe fruit mixed with those provided by the barrel, but both seem to be well-integrated. The palate is medium-bodied, with dusty tannins and good length. This is a polished, sleek Ribera. Drink 2014-2017. Lopez Cristobal was created in 1994 and has always produced approachable, easy-to-drink and soft examples of good Ribera del Duero.

WS Tasting Note: The blueberry and black currant flavors are ripe and bold in this chewy red, framed by tar and espresso notes and supported by muscular tannins. Tight now, but has plenty of stuffing. Best from 2015 through 2025. 500 cases made.

WS Tasting Note: This expressive red features a supple texture and plenty of drive, with aromas of spice and garrigue accenting the berry, mineral and toasty flavors. Harmonious and long. Drink now through 2018. 333 cases made.

Nothing but excellence emanates from the nose of this cool, crisp, focused Tempranillo. The mouthfeel is currently young and tannic, but the wine’s structure is just right and its future is bright. Flavors of licorice, spice and blackberry lead to a lively finish with flavors of mocha, chocolate and fine herbs. Best from 2014–2024.

This property is flying below the radar...for now. This is yet another excellent wine from Clos Berenguer. The nose is full of butterscotch and oxidized aromas of fine Sherry. The palate has a big feel, purity and fine acidity, while flavors of smoke, toast and oxidized white fruits finish waxy, creamy, oaky and long. This Garnacha-heavy blend would go great with…

Dense black cherry and stewed plum aromas introduce this round, jammy and ultraripe Syrah. In the mouth, the wine is rich and chunky, with brandied cherry and baked berry and plum flavors topped with sprinkles of nutmeg and cumin. Nothing evaporates on the ripe finish. Drink through 2018.

This all-Tempranillo cuvée comes from three vineyards, all more than 70 years old, with yields of less than 25hl/ha. Made only in particularly good vintages, it is aged 17 months in French oak. This is obviously very young in both appearance and aroma, with plenty of slightly resinous oak at present, and a tightly-wound, intense combination of black fruit and meaty concentration. On the palate it is firm and chewy, the dense tannin structure and sheer concentration of fruit and phenolics drying the mouth. There is a core of blackcurranty, juicy sweetness, but this is layered and submerged by the structure and the chocolate and smoky oak. A serious, savoury wine of some authority, and would be an interesting one to re-taste as it matures. 93/100. 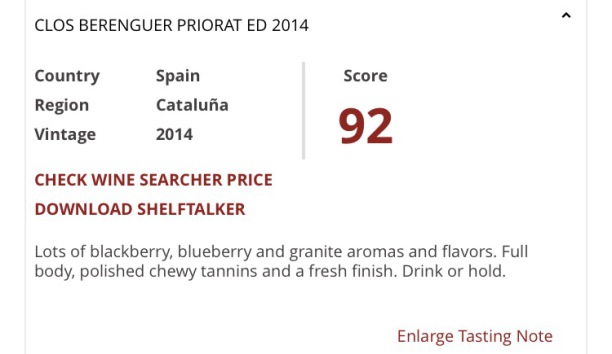 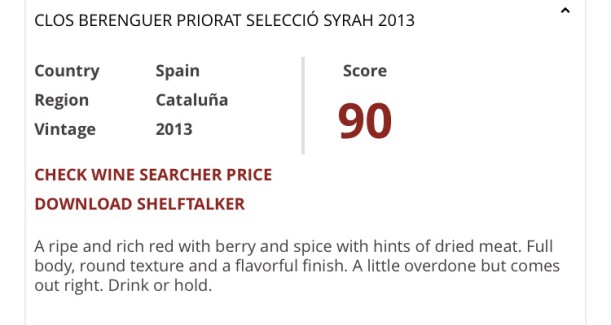 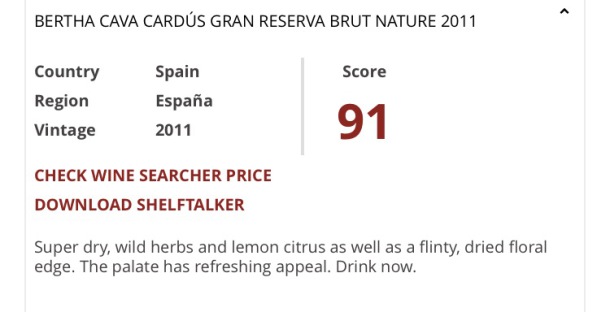 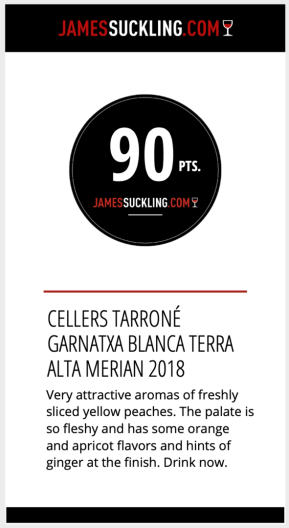 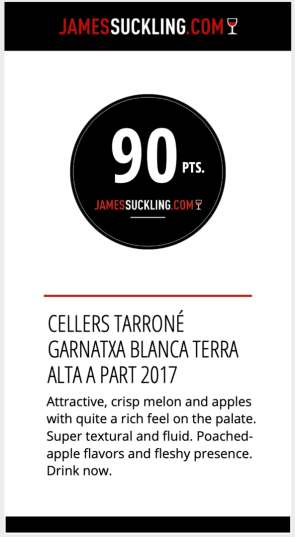 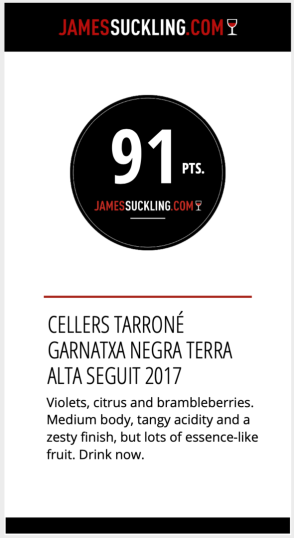 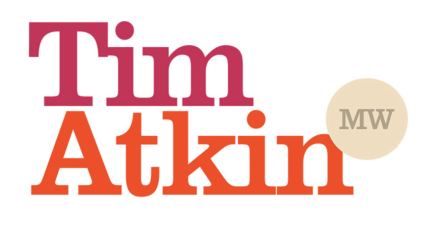 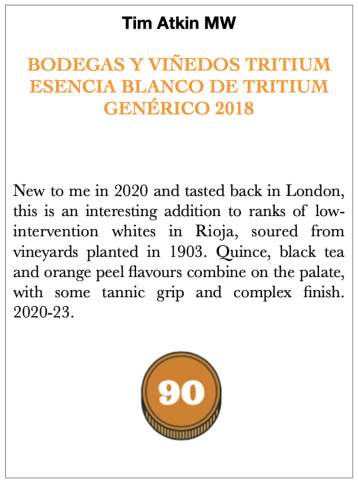 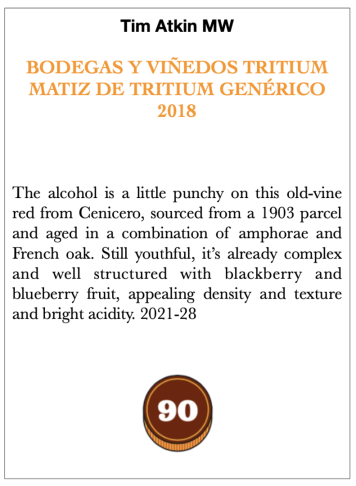 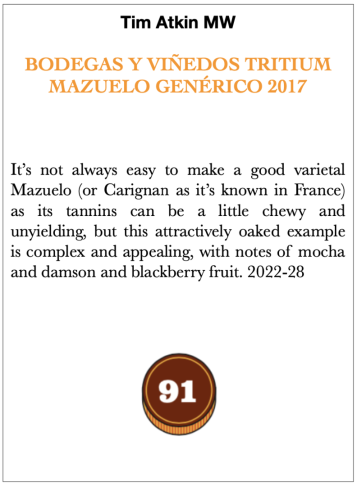 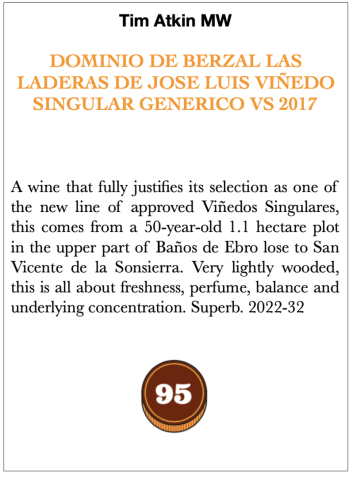 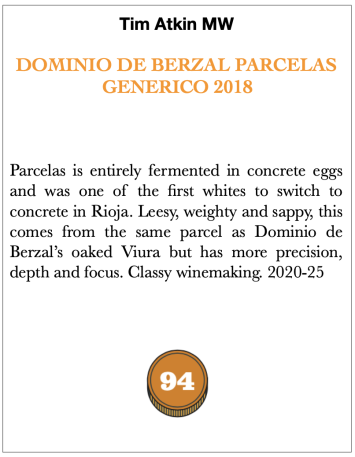 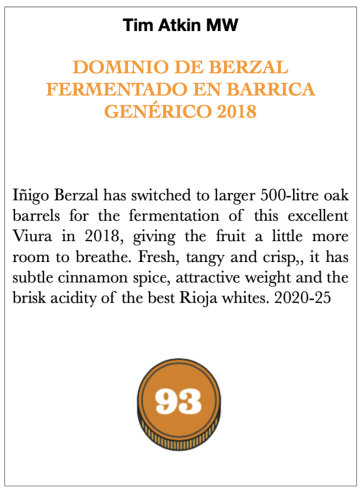 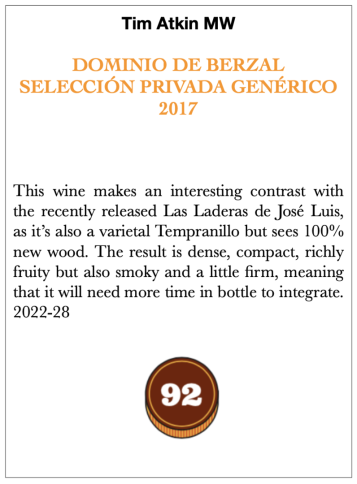 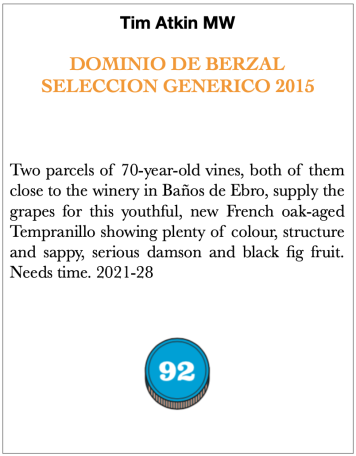 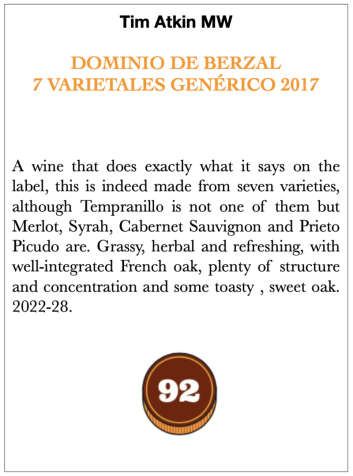 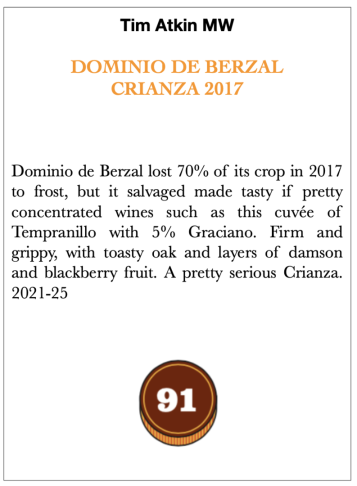 Here you will find all news about BERTHA GROUP.